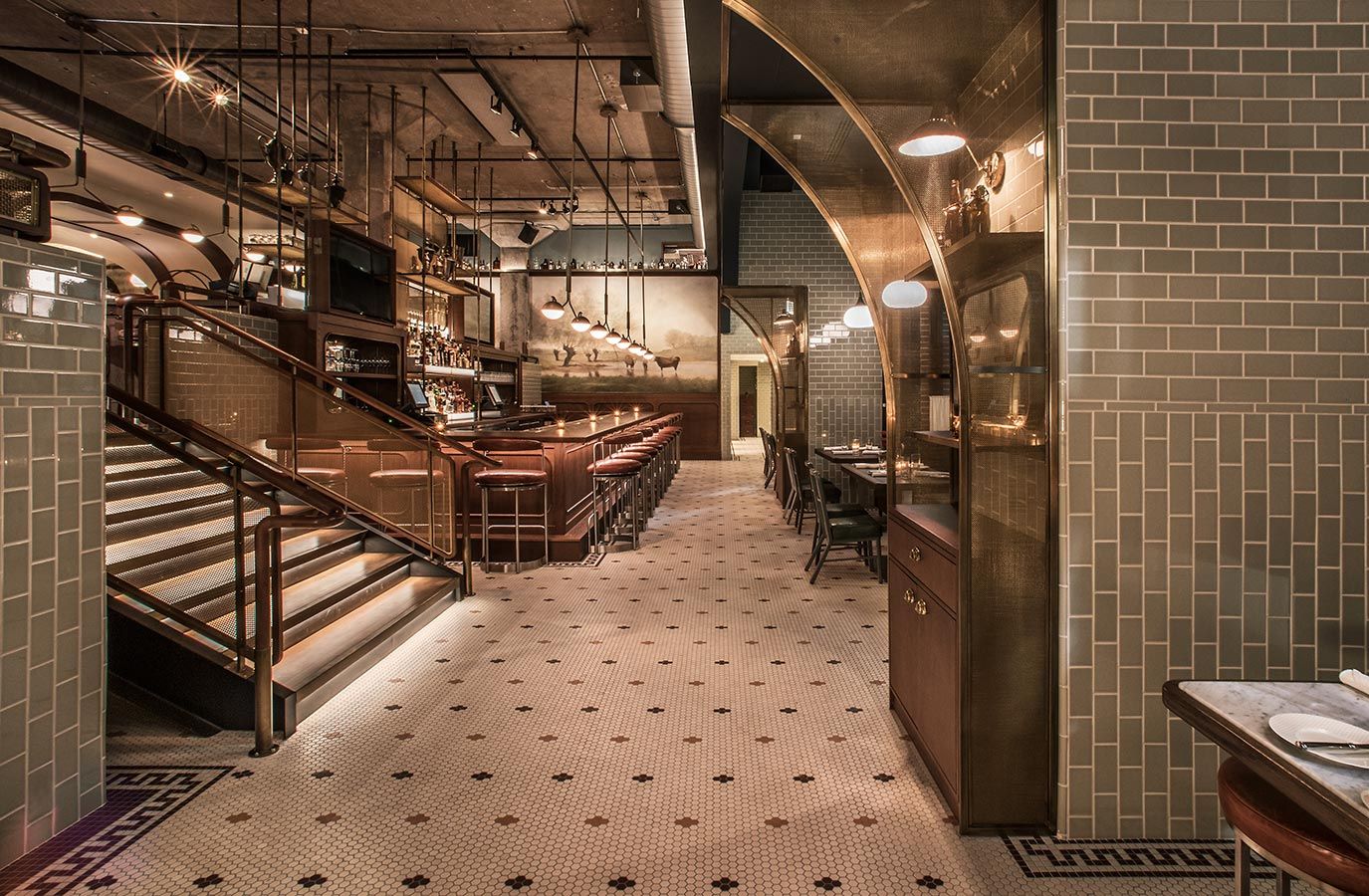 The West Loop of Chicago—and more specifically, Fulton Market—is where American steak was born. The team of Boka Restaurant Group, B. Hospitality, Executive Chef Chris Pandel, and world renowned designers, Avroko, have created Swift & Sons—a place that not only elevates what has already been done, but evolves the American Steakhouse for the modern diner. 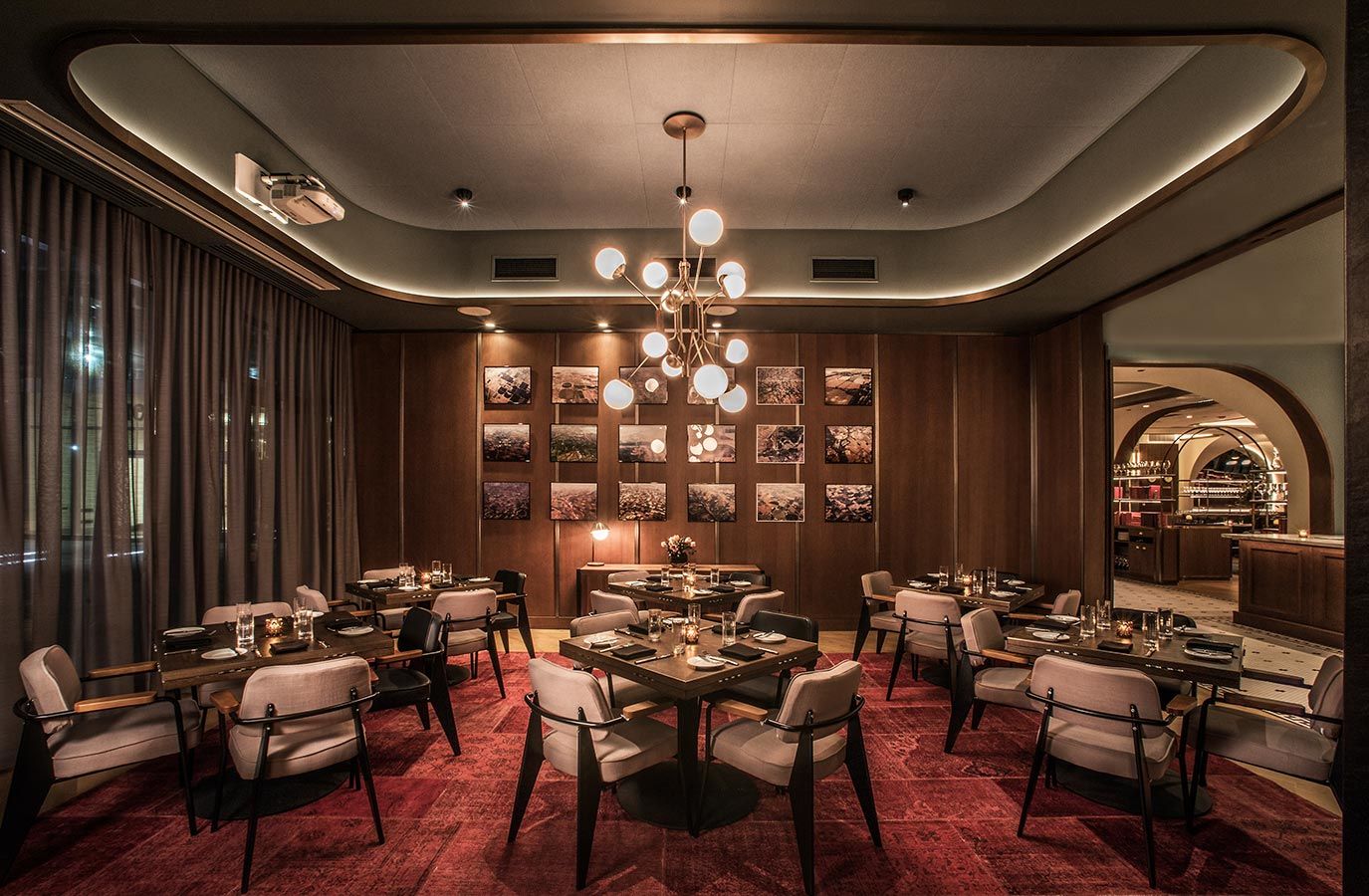 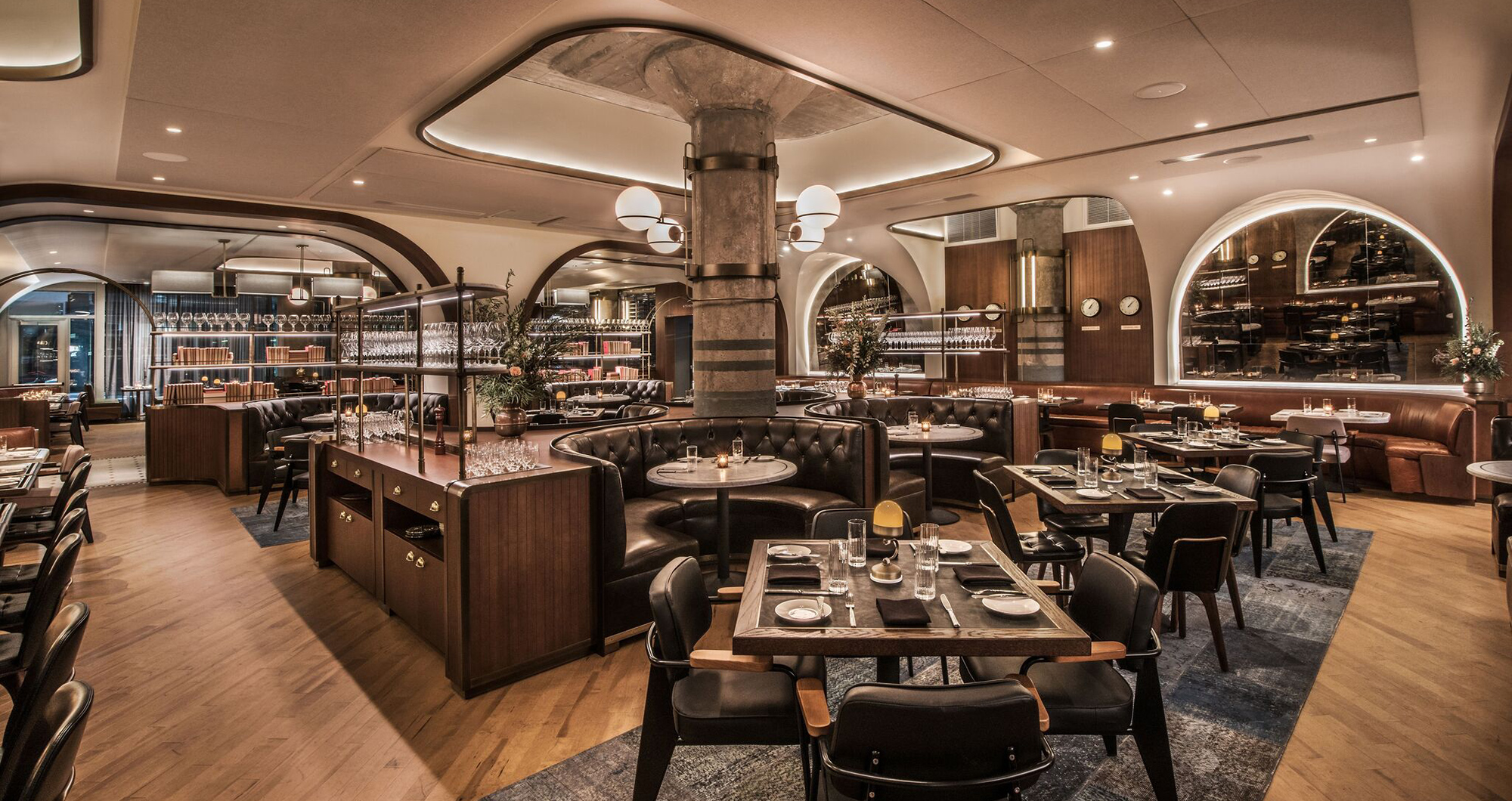 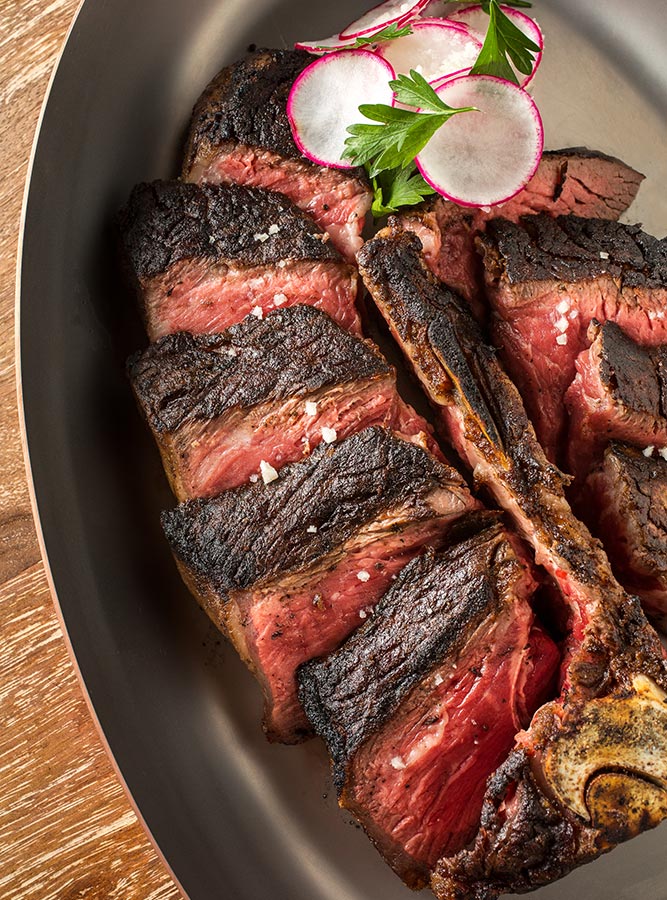 The experience mirrors that of walking into a luxury, old boys' club—turn of the 20th century office building with high ceilings, stained glass lighting, and mosaic marble floors. Raw concrete columns and mushroom capitals are left exposed, providing peeks to the original architecture of the building which was (not un-ironically) once a Cold Storage facility in the middle of the meatpacking center of Chicago.

In 19th century Chicago, the cattle trade was one of the most prestigious businesses of which to be involved, with one of the industry pioneers being Gustavus Franklin Swift. The design for Swift & Sons takes its inspiration from this titan of the industry, re-imagining what this fictitious company's headquarters might look like in the retro-future. 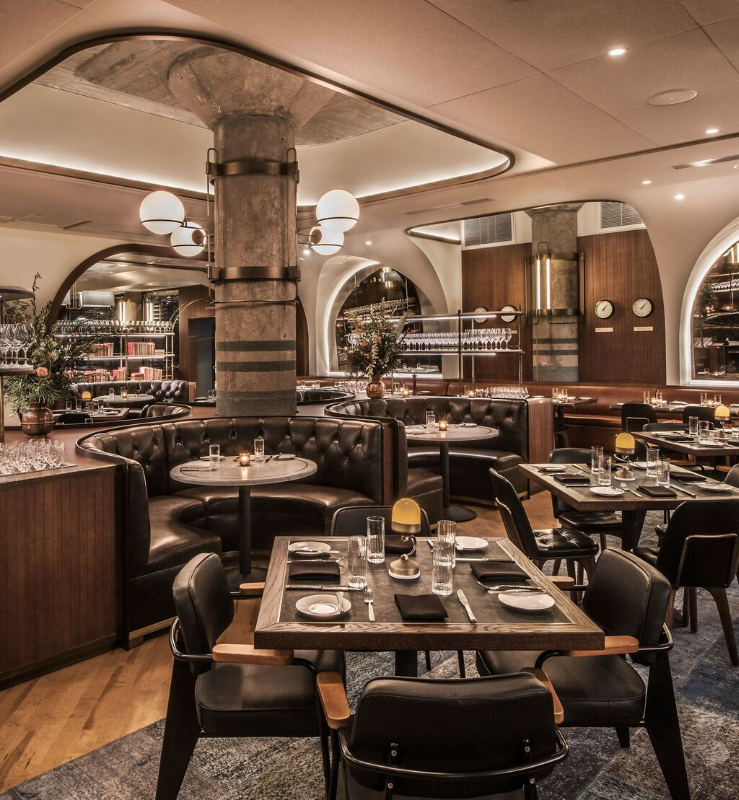